Dream of alternatives to a near-future capitalism.
Music: Carin at the Liquor Store by The National

If you're experiencing lag in the browser version, the downloadable versions should run better.

I like how it highlights how everything around you is kind of built for work.

really cool experience. I kept looking for meaning in everything and wondering how considered each element of the work was. It was definitely an engrossing vision. It reminded me in some ways of the giver, because of your use of grey and red. good job!

Thanks! I'm really glad you enjoyed it.

Hey, thanks for sharing your thoughts! I'm glad the mental illness/alienation connections came through - I was worried it might have been a bit too opaque... And that's really interesting about the jump from the computer to the bed jarring with the music, I'll have to think a bit more about how I could make a transition like that smoother.

Also, I think it should fade out at the end if you float back to the bed. I wanted to let people take their time in that last area, but I see what you mean, there's not really much indication about the end at all.

Thanks again for the comments!

I really like your work and I am seriously considering to support you on patreon.

I played Daydreams in red 10 minutes ago and I just wanted to give some feedbacks.

-having ellipses, cut to one scene from another is such underestimated in games that I appreciate to see these in your games (and I think it's really appropriate to have it in your game). I am also experimenting on that and I can't wait to see what you are going to do with this in your bigger project.

-the narrative is simple though interesting, two playthroughs were enough to understand the storyline.

-I was a bit nauseous at the end because of the behavior of the camera. Rotation, speed, movement, I don't know the cause but it's pretty common in first person games in which there isn't a cursor or a crosshair, so maybe this is the issue ? Flying around was  enjoyable though. I really liked the end, it made me want to learn more about your vision of this near near future capitalism.

-It was soothing. I guess it was an intention to have something calm  and harmless to reflect on the boring day to day life and job of the protagonist

-The fact that there were no interaction was sometimes frustrating. I like when the narrative is going forward through an interaction or movement, because I feel like more engaged in it. It's just me though and I totally understand why you've made the choice to have a contemplative game more than an "interactive" one.

I hope these feedbacks are useful and interesting for your project. If you are interested to talk more about it, I would be happy to share with you. It's a long comment, I can get really excited by engaging games like yours with political themes reflecting on capitalism, social struggles, social justice ect...

Keep the good work going, can't wait to see what's next for you!

Thanks for the comments, I really appreciate them! Especially thanks for the point about the final camera being a bit nauseous - I was focused on making the control scheme smooth, but it didn't even occur to me that that could cause problems. I'll definitely bear that in mind for the future! 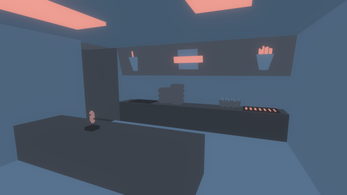 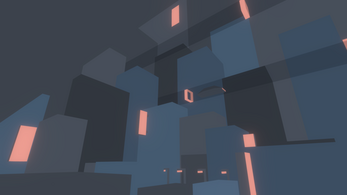 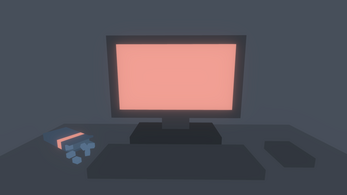 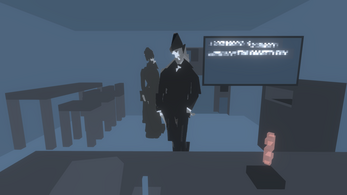 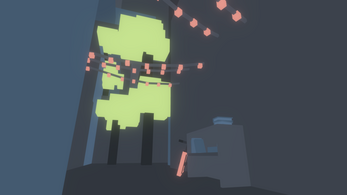